In February, we published The Edge’s inaugural State of the Nation report, outlining our thoughts on the economy, stock market and key sectors. This was followed by weekly State of The Nation updates, where we track major economic and stock market trends.

This week, we review what has happened in the first half of 2014, and what lies ahead.

Many of our analysis and predictions have come to pass, and some are continuing to unfold. Malaysia’s high levels of large household debt have affected consumer spending, lending and the property sector. Corporate earnings growth has slowed and the Malaysian stock market has underperformed its regional and global peers.

However, our prediction that the stock market will weaken as liquidity is withdrawn due to the tapering of Quantitative Easing (QE) in the US, has turned out wrong. Or rather, the effect is being delayed by new events.

Stock markets in emerging markets have continued to rise (although very modestly for Malaysia) due to newly introduced monetary easing measures in Europe and Japan, which have added new liquidity and helped offset the effects of the QE tapering exercise in the US.

Will the uptrend continue? What lies ahead? We take a closer look at the economic and corporate prognosis including the impact on interest rates, currency, property, stock market and global liquidity.

For the full report, read The Edge this week.

Posted by tongkooiong at 18:00 No comments:

The surging property market over the last few years will finally start to slow, as developers, investors and the general public brace themselves for the effects of GST (goods and services tax), on top of other property cooling measures.

This week, we discuss the potential impact and possible spill over effects of GST to property developers, which is set to affect their top and bottom lines sooner than expected although scheduled to kick in starting April 2015.

As residential property is exempted from GST, the increase in input tax cannot be claimed by the property developers or passed on to the house buyers for properties already launched and sold.

Having locked in their future sale value, these developers would have to absorb the rising costs when they commence building activities.

We are starting to see the effects of compressed margins even before April 2015. Already, SP Setia in its latest quarterly results has reported lower profit margins as a result of them recognising the financial impact of GST for projects already launched. The remaining effects of GST will unravel in future financial periods, in accordance to future work in progress.

A fall in revenue will cascade to the gross profit margins, which will cause a further drop in net margins after fixed costs and taxes.

The simple financial model example below (Table 1) tells the story. With the imposition of GST, a drop in gross profit of 14% translates to a drop of 43% in net profit, assuming operating costs remain constant.

The above financial model has not even factored in the possibility of the property developers being at the mercy of contractors who are bound to hike up their charges due to their higher contribution and input costs.

This effect will be more prominent as we enter into the 2nd half of 2014, as more developers would already start factoring in the GST cost once they can reliably estimate the additional cost to be incurred.

Though most key developers have strong future progress billings to possibly sustain cash flow throughout the next year, sales recognised in the upcoming years will be exposed to rising cost pressures, with falling profit margins.

Posted by tongkooiong at 10:00 No comments:

Project launches in Medini have always drawn much attention amongst investors in view of its economic zone status and positioning as the Central Business District of Iskandar Malaysia.
As a result, recent months have seen many “investment type” properties launched at exorbitant prices riding this speculative wave.

We believe Citrine@The Lakeview, to be launched soon by Sunway Group at RM700-RM800 psf is sensibly priced for a fully integrated development with well-articulated Unique Selling Points.

Highrise Residential Launches in Medini in 2013 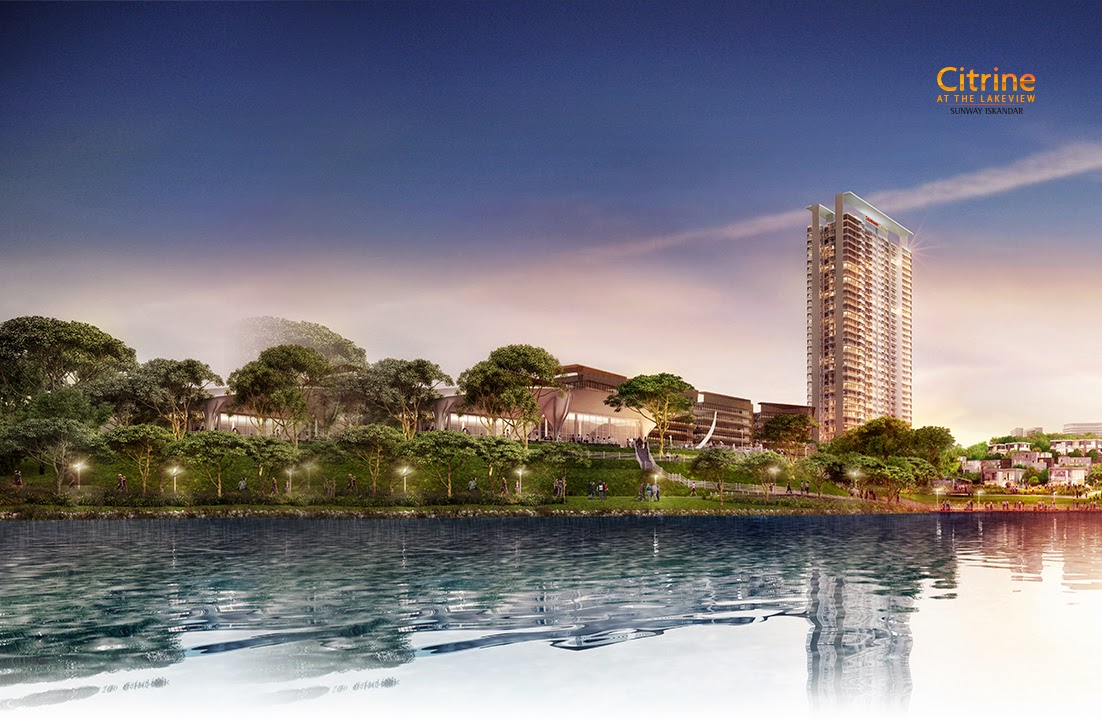 The product mix is sensible and market-driven, taking into account the potential needs of the neighbouring developments including the RM60mil Canadian International School (to be built) and the newly completed Pinewood Iskandar Malaysia Studios.

The planned complementary facilities such as international school, hotels, medical facilities, malls and theme park within Sunway Iskandar will improve sustainability and livability in the long run.

Read more in The Edge this week.
Posted by tongkooiong at 17:30 No comments: