Wishing you a blessed new year 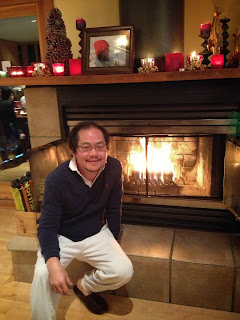 As the year 2013 draws to a close, we revisit some of the major events, domestically and globally, that had an impact on our stock market. In particular, there are several notable contrasting – perhaps worrying – trends that divide the five months from the rest of the year.


The first few months of 2013 was marked by pre-election jitters. This was most notable amongst local retail investors, whose participation dropped to just 16% of the average daily traded value (ADV) in 1Q13. Total volume traded averaged little over 1 billion shares daily. The 13th general election, held May 5, was one of the most keenly fought in the country.

RM18 billion foreign fund inflows into market from Jan-May
Interestingly, whilst domestic retail investors were sitting on the sidelines, foreign investors were pouring money into the market. From January to May, nearly RM18 billion of fresh monies were invested in local stocks. We attribute this as part of a global phenomenon. Extremely loose monetary policy and aggressive quantitative easing programme in the US and to a certain extent, the eurozone, created vast liquidity. With interest rates in the developed world at historic lows, yield hungry investors were swarming emerging markets, including Malaysia.

Foreign fund inflows helped absorb selling pressure from local retail investors. The FBM KLCI ended flattish for the year-to-date on the eve of the general election.

Post-election catalyst for retail investors
The subsequent win for the ruling coalition party, albeit by a smaller majority, rejuvenated local investors. Share prices jumped in the ensuing relief rally while volume was also sharply higher as monies on the sidelines were finally put back to work. Retail participation rose to 23-24% of ADV in 2Q-3Q13.

By this time, however, the global investing environment had taken another turn – triggered by the US Federal Reserve’s suggestion that it would soon be pulling back on the US$85 billion a month bond-buying programme. (After holding off tapering in September, as widely expected, the Fed finally made the decision to cut back on its bond purchases in December)

Emerging market stocks were hit particularly bad on fears of hot money outflow. Countries with current account deficits, such as Indonesia and India, faced the brunt of the selling.


In June, for the first time this year, foreign fund flows into Bursa turned negative. Between June and November, fund outflows totalled RM13.7 billion. Over the same period, foreign shareholdings in the stock market fell from a peak of 25.2% in May to 23.6% by end-November.

Still, the local stock market stayed surprisingly resilient despite this selling pressure, thanks to, we believe, local institutional funds stepping in.

The ringgit, however, weakened – from a high of 2.93 to the US dollar in mid-May to 3.33 at end-August – after Fitch Ratings downgraded the country’s outlook to negative from stable – before recovering slightly to the current 3.28.

Fiscal consolidation and subsidy rationalisation
The threat of a ratings downgrade could have been the final nudge for the government to put its house in order. Both the budget deficit and public debt levels had ballooned in the past few years.

The subsidy rationalisation plan, put on hold because of the election, resumed with a 20 sen per litre hike in petrol prices in September. This was followed by removal of sugar subsidies in Budget 2014, which also saw a definitive timeframe for the implementation of the long-delayed goods and services tax (GST), in April 2015. In addition, the government raised real property gains tax to 30% for disposals within three years and banned the use of Developers’ Interest Bearing Scheme (DIBS), effective January 2014.

In December, an average 15% electricity tariff hike, effective January 2014, was announced. The tariff increase took into account a reduction in gas subsidies by RM1.50 per mmbtu.

More subsidy removals are likely on the cards next year.

Despite the threat of further fiscal consolidation and inflationary pressures that would hurt domestic consumption – and continued foreign fund selling – the FBM KLCI rose steadily to hit fresh all-time record high levels in December. Notably though, these gains were had on thin volumes. The number of shares traded dipped to just 1.2 billion shares daily, on average, in December (up till the date of writing, December 19).

Barring a major reversal, the local bourse is looking to end the year as one of the best performing markets in the region.

Corporate earnings yet to catch up with share price gains
On a more worrying note, corporate earnings growth has lagged. In fact, earnings results have roundly disappointed for the past two to three years, growing only in the low single digits annually – despite relatively robust GDP growth. As a result, our valuations are now among the highest in the region.

Most market analysts are forecasting stronger growth for 2014, which could be the underlying factor driving share prices higher of late. Certainly, there were signs of earnings stabilisation in the latest 3Q13 results reporting season – but cost pressures may yet result in renewed deterioration going into 2014.

In terms of sectors, construction and property stocks were among the best-performing in the market, so far this year. This is unsurprising given increased government spending on infrastructure, including the MRT project, under the Economic Transformation Programme.

Demand for properties has also been quite robust, thanks to liquidity and low interest rates, at least until recent cooling measures. On the other hand, the plantation index fared the worst. Plantation earnings were weakened by depressed crude palm oil prices that prevailed for the better part of this year.

In summary, our stock market – at least the headline FBM KLCI – fared very well in 2013 despite volatile and uncertain global developments. Going into 2014, however, investors may do well to take heed of the less positive trends that have emerged towards the later part of this year, some of which could take a turn for the worse.

Posted by tongkooiong at 14:00 No comments:

Ever since Dewan Bandaraya Kuala Lumpur (DBKL) announced the higher assessment value, many commentaries have been made and some appear to be intentionally deceitful. I have also written fairly extensively on why it is not justified.


With DBKL having just announced a reduced assessment RATE, and sticking to higher assessment VALUE previously decided, what is the bottomline effect for you? In other words, how much more do you pay in actual assessment TAX?

The presentation of the DBKL Budget for 2014 earlier this week has raised even more questions than answers about the whole exercise. I hope this article will help provide further clarity for you.

A. DBKL's total expenditure and revenue

This begs the question: why is DBKL’s operating expenditure increasing at such a rapid rate? It already has the highest operating cost structure among municipalities in Malaysia.


Indeed, DBKL’s Budget is in total contrast with the Federal Government’s Budget. The Federal government is already on an austerity drive, recognizing the need to rein in costs to reduce the budget deficit. For 2014, the Federal government is expecting a mere 0.7% increase in total operating expenditure, while DBKL’s projected growth in spending is nearly ten times that rate. For salary expenses, DBKL expects emoluments to rise 14% from RM387 million to RM441 million, while the Federal Government projects a 3.2% rise.

But far more shocking is the growth in DBKL’s budgeted development expenditure of 65% from RM783 million to RM1.29 billion. What is DBKL planning to spend on? Again the comparison with the Federal Government budget is noteworthy: development expenditure for the whole country is expected to fall 1.3% to RM44.5 billion in 2014.  Why is DBKL embarking on a major spending spree while the federal government is on an austerity drive, and the middle classes are reeling from rising costs?

Development expenditure for Kuala Lumpur has always been funded by the Federal Government’s development budget, for which we pay high personal income and corporate taxes. These are used to build roads, schools and infrastructure throughout the country. Kuala Lumpur, despite being the nation’s capital, currently receives less than 1% of the federal budget. Do we now have to pay even more taxes to fund this?


B.   Total Assessment Tax Collections (Before and After Revision)

DBKL expects the new assessment rates to increase assessment taxes from RM880 million to RM1.193 billion, an increase of RM313 million or 35%.

What does this mean? Either the budgeted assessment tax to be collected is too low, or some properties are assessed with small increases.

Our rough calculation in the table above suggests estimated revised assessment tax collections could amount to around RM1,430 million, based on an average 150% increase in assessed value, or RM237 million more than what the government expects.

Thus, it is important that DBKL be transparent. It should make the entire list of Kuala Lumpur properties and their assessed values available online. Let the people then make comparisons to ensure fairness.

What is the basis for the different percentage of reduction of the assessment rate for the various property types and locations?

If the intention is social inclusion to assist the lower income group, it would have been easier to give a further discount to the assessment rate base on income reported on tax returns. A billionaire who lives in a designated area with low assessment rate pays low assessment tax even if he has a palatial home.

D.   How does the new assessment rules affect you?

With DBKL getting more, who pays?

Is this pain fairly spread out?

E.   Illustrations of the above and its effect based on 3 scenarios on a residential property


To address the unhappiness of Kuala Lumpur residents, we hope DBKL will provide further clarity and transparency on the following questions :-

a)    How much more assessment tax revenue will DBKL actually get after the revised assessment value and rates? The amount stated by DBKL appears understated relative to the scale of increases most of us will pay. If that is the case, are some residents getting far lower assessment tax than others?

b)    What is the basis of computing assessment value? I know it is rental income (implied or actual) but what are the reliable sources of information or database used? DBKL should make the entire list of assessment values for all properties in KL available on the Internet. This will allow every resident the ability to check their assessment value against all others, in the interest of fairness and transparency.

c)  A failure to be transparent would likely give the impression of possible biases in the way assessment values are determined, leading some residents to feel they are being penalized for choices they previously made.

d)    How will the additional collections be spent? Tax payers have the right to demand accountability and responsibility. DBKL plans big spending under its 2014 Budget, but what are they for, and are they justified? Should DBKL be embarking on a spending spree when the whole country – including the Federal Government -- is tightening the belt? Why are its spending patterns and budgets so different from the Federal Government’s? As I have written in previous articles on this issue, DBKL is already spending more than other municipalities per person.

e) Are Kuala Lumpur residents also now expected to pick up DBKL’s bill for development expenditure, via the higher assessment taxes? Development expenditure for Kuala Lumpur has always been funded from the Federal government’s Development Budget, for which residents are already paying high personal income and corporate taxes. If so, then it amounts to new taxation.
Posted by tongkooiong at 15:00 3 comments: