How our stock calls have fared

Over the months from Oct to Dec 2013, we analysed a number of companies listed on Bursa Malaysia.  Among them were a big capitalization company in Tenaga Nasional Bhd, two hugely undervalued, conservative, net cash and prudently-managed property development companies, namely Daiman Development Bhd and Matrix Concept Holdings, and China Stationery Ltd, a mainland Chinese company whose operations have been the subject of much suspicion.

Now that six months have passed, let us review how these companies have performed.

The stocks we were positive on have performed well. Even a large company like Tenaga has gone up by 11% in 5 months.

Within only six months, Daiman Development Bhd is up 19% and Matrix Concept by a whopping 49%.

In contrast, China Stationery Ltd’s stock price has all but collapsed. It now trades at 12 sen from 23 sen just seven months ago.

We hate to say “we told you so”, but really, the signs were staring at our faces. To those of you who are still hanging on, hoping against hope, sometimes you must learn to let go. Cut your losses and move on, as there are always opportunities elsewhere.

This update is also to indicate a change in our view on Tenaga. The good news have all been factored into the stock price. Almost certainly, bad news will now dominate this company. Its fuel costs are higher as its coal-fired plants were hit by outages.

Early retirement of older plants and bringing forward new plants, with greater reliance on more expensive gas fuel, will raise its production costs. Tenaga is likely to see its earnings peaking in 2014. It is time to say goodbye to this stock.
Posted by tongkooiong at 10:00 3 comments:

This week, The Edge predicts that home prices in Singapore will fall in the second half of this year, as developers begin to cut prices to move their unsold units.

Over the past 4 months, the take-up rate of fifty projects in Singapore, which have sold less than 50% in total, was less than 0.8% a month. Two projects have sold nothing since their launch.

The positive news is that the Singapore property market has depth and if the prices were to be reduced by 15% to 20%, the unsold inventories will move fairly quickly.

In Malaysia, home prices are definitely trending downwards as confirmed by the recently released Malaysian House Price Index. On a year to year basis, prices are up 8%. But on a quarter to quarter basis, there was no growth in the first quarter of this year.

In Selangor, prices fell 0.4%, with high rise residential units declining by 3.8%. Elsewhere, price increases were a small fraction of what it was previously.

Read The Edge this week for the complete analysis.

What happens when the party ends?

In the third and final installment on global capital flows, we argued that rising interest rates in Malaysia is inevitable and likely to happen soon. This will happen either preemptively, as a policy decision of Bank Negara Malaysia (BNM), to arrest asset bubbles and household debts or being forced into it as a result of capital outflow.

Raising domestic interest rates on our own, sooner rather than later, is clearly the right option.  We believe BNM will decide on this route as well.

US long-term interest rates have risen sharply and short term rates will inevitably rise.  The interest rates differentials between Malaysia and US are already trending downwards even based on short-term US rates.

We explained the consequences of the above on the stock market, the bond market, the property market and the Ringgit.

Read more in The Edge this week.
Posted by tongkooiong at 17:45 17 comments: 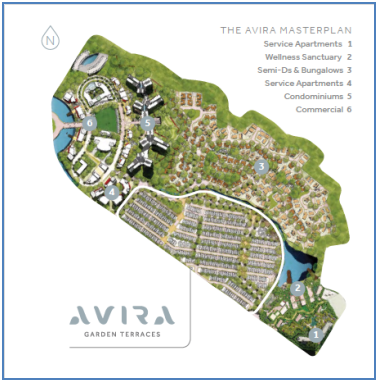 Read more in The Edge this week as we shared on what next to watch out for in Iskandar. Stay tuned.
Posted by tongkooiong at 17:30 4 comments:

How is Malaysia handling the global liquidity?

This week, The Edge analyses the impact of the shift in fund flows and the imbalances of the global economy on Malaysia and Malaysians.

The aggressive policy measures by the US, Europe and Japan has resulted in massive liquidity finding its way to the emerging markets in search for better returns as the bond yields in US and Europe declined sharply.

Emerging markets have attracted foreign capital due to its higher yields, stronger economic growth and as such, better appreciation prospects for a wide range of asset classes.  Like other emerging markets, Malaysia has enjoyed the benefits of these foreign fund inflows which boosted the prices of local assets including stocks, properties, bonds and the Ringgit.

This is however, not without cost. Bank Negara Malaysia’s balance sheet has expanded substantially with the rising cost of sterilization. Keeping interest rates artificially low has resulted in negative real interest rates. This encourages consumption and discourages savings which in the longer term can weaken the Country’s current account. It also creates asset bubbles.

Next week, we will discuss how this party can end and what the consequences are to the stock market, bond market, property market and the Ringgit.
Posted by tongkooiong at 17:30 3 comments: